MONTENEGRO Railways (ŽPCG) has announced plans to spend €10m on the maintenance and renewal of its rolling stock during 2019. 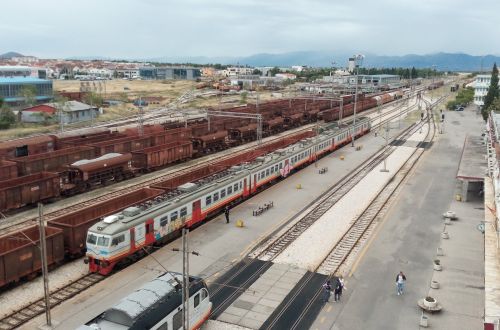 The investment was agreed during a meeting in Podgorica with representatives of European Company for the Financing of Railroad Rolling Stock (Eurofima).

ŽPCG plans to use a loan from Eurofima to finance the overhaul of three class 461 electric locomotives, a class 643 diesel-electric locomotive, two class 412/416 EMUs, three CAF Civity EMUs and 12 coaches, as well as procurement of spare parts for all vehicles. The funds will also be used to purchase 15 new or second hand coaches.

The renewal project still needs approval from the Ministry of Transport and Maritime Affairs and the Montenegrin government, which is expected by the end of the year as the credit terms offered by Eurofima are considered to be favourable.

Work also continues on the €13m procurement of three new EMUs planned by the Ministry of Transport and Maritime Affairs.

Separately, Railway Infrastructure of Montenegro (ŽICG) recently held talks with the European Bank for Reconstruction and Development (EBRD) regarding fleet renewal, with the procurement of equipment for infrastructure maintenance. The €10m project, which the EBRD has expressed initial support for, would include a wide range of vehicles.