CAF says this is the largest order for LRVs in France so far this year. 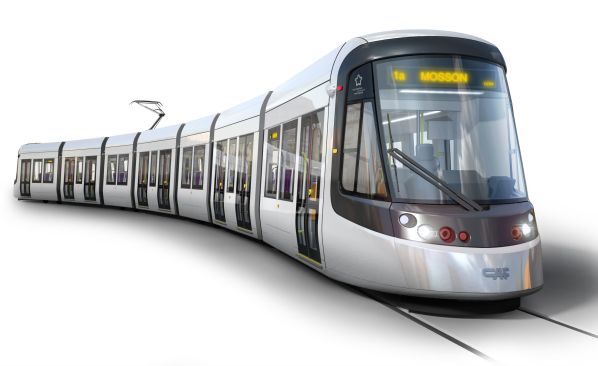 Artist's impression of a CAF Urbos seven-section LRV for Montpellier.

MONTPELLIER Mediterranean Métropole has awarded CAF a contract worth more than €200m for the supply of 60 seven-section Urbos LRVs with an option for an additional 17 vehicles.

The LRVs will be supplied to Montpellier Agglomeration Transport (TaM) which will operate the new vehicles on Line 1 connecting Odysseum shopping centre with Mosson, as well as on the new Line 5, which is currently under construction.

TaM is forecasting an increase in traffic as Montpellier plans to phase in free public transport in a bid to counter climate change and improve the quality of life in the French city.

Line 5, which will run from Clapiers in the north to Lavérune in the southwest, is expected to carry 80,000 passengers per year following its opening in 2025 with LRVs running at 6-minute intervals.

CAF says it is currently in the final stages of taking over the Reichshoffen manufacturing plant in the Alsace region of France, following approval of the deal by the European Commission earlier this month. CAF acquired the factory as part of the settlement regarding the takeover of Bombardier Transportation by Alstom. This will be CAF’s second manufacturing facility in France as it already has a factory in Bagnères de Bigorre.