The order will bring the number of Vectrons in the locomotive leasing company’s fleet to 147. 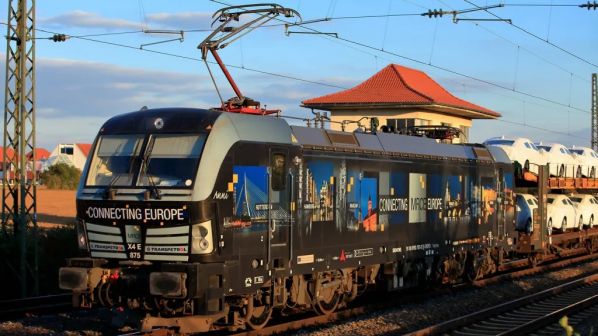 MRCE currently has a fleet of 136 Siemens Vectrons and with its latest order will soon be increasing this total to 147.
Photo Credit: Siemens

MITSUI Rail Capital Europe (MRCE) has exercised an option in a contract with Siemens Mobility for 14 Vectron MS multisystem locomotives.

With this order the European leasing company will have a fleet of 147 Vectrons and plans to use the locomotives in Germany, Austria, Hungary, Poland, the Czech Republic, Slovakia, Romania and the Netherlands. MRCE’s first order for 15 Vectron four-axle ac electric locomotives from Siemens, for use on cross-border operations between Germany, Austria and Hungary, came in June 2013 and an order for 20 more followed a year later.

There were orders placed for 21 and then 10 further Vectrons in October 2015 and June 2016 respectively, followed by 30 more being ordered in September 2017 and then an additional batch of 25 in May 2018, bringing the total fleet of Vectrons prior to this month’s order to 136 units.

The multisystem locomotives ordered by MRCE have a maximum power at wheel of 6.4MW and a maximum speed of 160km/h. They will be manufactured at the Siemens Mobility plant in Munich-Allach and will be equipped with ETCS as well as any other required national train control systems.

“We believe that Vectron will be the solution in the long run for meeting future cross-border needs in the European market, and we intend to steadily increase our Vectron fleet as a main asset in our portfolio," says Mr Hayato Yanagisawa, CEO of MRCE.

For detailed data on fleet orders from across the world, subscribe to IRJ Pro.