NEW York’s Metropolitan Transportation Authority (MTA) has awarded a $US 233m contract to Wabtec for 25 MotivePower R255 hybrid battery-diesel locomotives for use on NYC Transit (NYCT) work trains, with an option for up to 45 additional units. 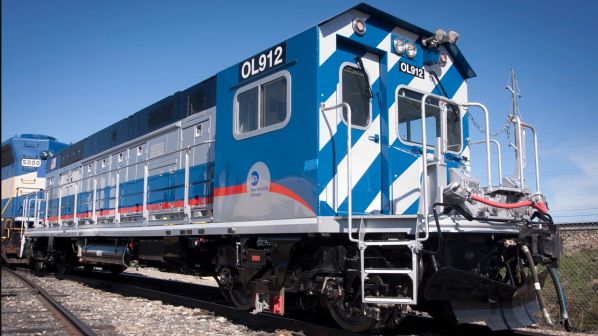 The locomotives can operate in battery mode for up to eight hours and will haul work trains at sites where electrification has been turned off for safety.

The first two locomotives will be delivered within 38 months, with the remainder arriving before 2025. The locomotives and accompanying propulsion batteries for this contract will be manufactured at Wabtec’s (formerly GE Transportation) Erie, Pennsylvania plant.

The initial order will be covered by MTA’s 2015-2019 Capital Programme, with additional orders funded under the 2020-2024 programme.

The order forms part of MTA’s ongoing effort to reduce emissions and its impact on public health and the environment, and will replace a fleet of diesel-only locomotives built between 1966 and 1977.

The locomotives’ hybrid propulsion will be configured for the NYCT Subway network and optimise battery usage and minimise or eliminate diesel emissions during maintenance work. In addition, the locomotives feature external and internal cameras and a digital video recorder, as well as enhanced on-board monitoring and diagnostics systems to aid maintenance.

“These new hybrid locomotives mean cleaner air in the Subway system while we do work on the tracks, and less fuel consumption overall,” says Ms Sarah Feinberg, interim president of NYC Transit. “We are in an incredibly challenging time fiscally, but the health of our employees and customers is too important to delay retiring inefficient old equipment.”

For data on fleet orders from around the world, subscribe to IRJ Pro.