The EMU can operate under both 3kV dc and 25kV 50Hz ac electrification. 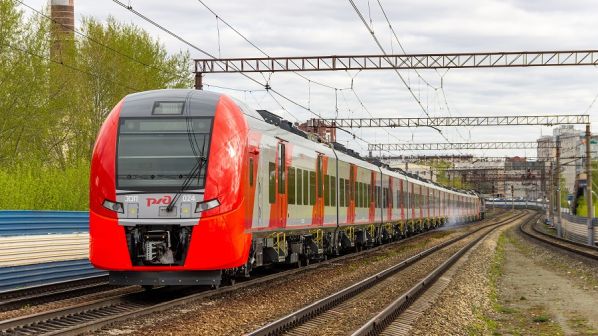 The EMU received a certificate of compliance with the technical regulations of the Eurasian Customs Union following three months of testing in the Sverdlovsk Region.

The train seats up to 727 passengers for inter-regional journeys of up to 700km. All seats are equipped with sockets and USB ports, and the train has two spaces for wheelchairs.

Ural Locomotives is due to deliver seven trains to Russian Railways (RZD) by the end of the year for operation across Russia. RZD currently operates five-car Lastochka EMUs in multiple.