TWO manufacturers have begun testing new fleets bound for Britain on the two test circuits at the VUZ train test centre at Velim, in the Czech Republic. 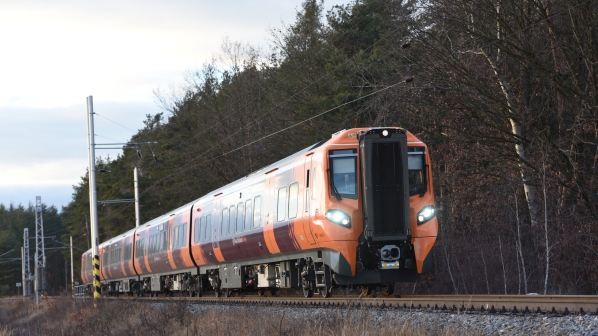 CAF has transferred its first class 196 four-car DMU to the site for commissioning, and will also generate the data needed to obtain various certificates and the authorisation to place into service.

The train has been manufactured for West Midlands Trains, a consortium of Abellio, JR East and Mitsui which has a franchise running until March 2026.

The trains, which are based on CAF’s Civity platform, will operate regional services around Birmingham when they enter service at the end of 2020. CAF is delivering 14 four-car DMUs and 12 two-car units, categorised as class 196, to replace the ageing class 153 and class 170 Turbostar DMUs.

Each car is fitted with a 390kW Rolls-Royce MTU 6H 1800 R85L engine, giving a total power rating of 1560kW. The cars will be coupled with Dellner automatic centre couplers, with only standard-class available onboard.