HULL Trains has released the first interior images of its new fleet of class 802/3 bi-mode inter-city trains, which are being assembled at Hitachi Rail Italy’s plant in Pistoia. 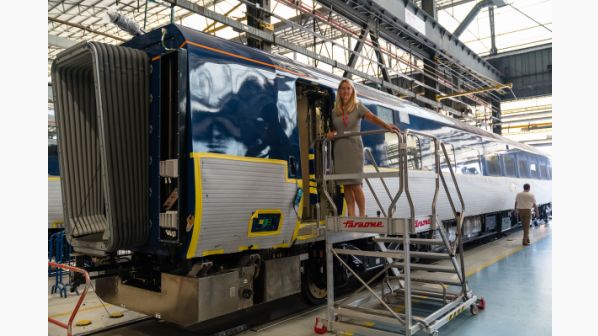 Hull Trains says production is on schedule and the first set is due to arrive in Britain in the first week of September. The trains will enter passenger service in October, replacing the operator’s fleet of Alstom class 180 DMUs. The final train is due to be delivered by the end of December.