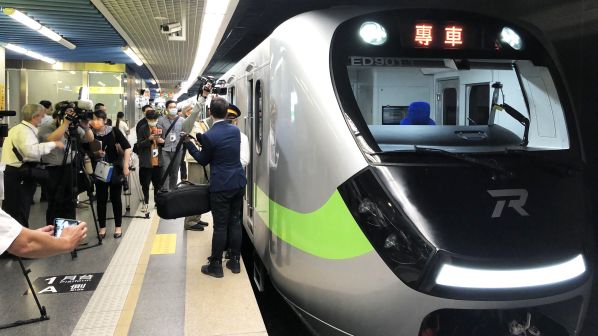 TAIWAN Railway Authority held an event on April 1 at Kiryung station in northern Taiwan to mark the entry into service of new 10-car EMUs built by Hyundai Rotem ahead of the train’s debut on the line between Keelung and Miaoli on April 6.

Hyundai Rotem won a Won 909.8bn ($US 810m) contract to supply 52 EMUS in June 2018. The first two trains were delivered to Taiwan in October 2020. Testing of the 130km/h trains subsequently took place on the suburban network and so far more than 100 cars have been delivered. The full fleet is set to enter service by 2023.

The trains offer passenger Wi-Fi as well as 12 spaces for bicycles while 16 seats have been designated for pregnant women and light up pink when a pregnant woman with a portable transmitter approaches to alert others to give up the seats. There are also eight spaces for passengers in wheelchairs.

TRA is extending 25 of its 160m-long platforms to accommodate the 200m-long trains. Four stations will be extended this year, with the remaining platforms completed by the end of next year.