New Lyon LRVs to enter service on May 11

LYON Transport Authority (Sytral) is testing 11 Alstom Citadis LRVs in preparation for their entry into service on Line T4 on May 11. 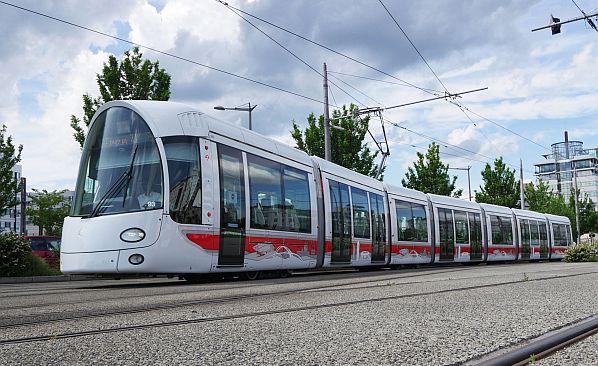 Testing is underway in Lyon of new Alstom 43m-long LRVs.

The 43m-long vehicles, which can accommodate up to 300 passengers, will increase capacity on Line T4 by 30%. The LRVs feature a longer front end than the existing vehicles in the Sytral fleet to provide better protection for cyclists and pedestrians in the event of a collision and to give the driver improved visibility with a wider field of vision.

The LRVs are being supplied under a framework agreement signed with Alstom in September 2018. This autumn, four new vehicles will enter service on Line T3. Sytral says the first two will increase the capacity of the line by 20%. The other two, which will run from La Soie to Parc OL, will boost capacity on this section by another 25%.

Some of the 32m-long LRVs currently operating on Line T4 will be transferred to Line T6, while others will be reallocated to lines T1 and T2 in order to increase capacity on these lines.

For detailed data on light rail vehicle orders around the world, subscribe to IRJ Pro.