THE Ministry of Transport in the German region of Saarland together with Bombardier and train operator Vlexx announced on June 19 that a new fleet of Talent 3 EMUs ordered for the Saar Electric Network will not be fully-available in time for the start of the 2020 timetable in December. 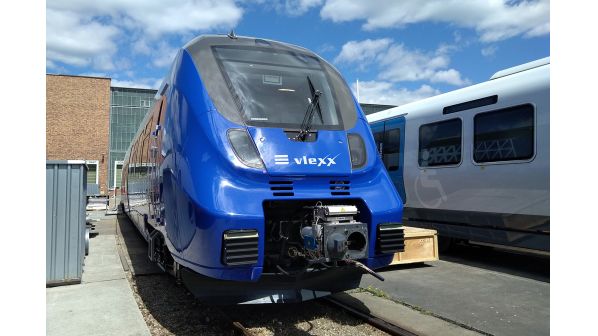 Of the 21 trains ordered from Bombardier in March 2017, just six will be available for passenger use by December and this is subject to authorisation from the German Federal Railway Authority (EBA), which is expected in November.

The state of Saarland will therefore lease 12 four-car class 425 and eight two-car class 426 EMUs from DB Regio, which will be used by Vlexx until the full delivery of the Talent 3s, which is now expected by summer 2020.

Vlexx, a subsidiary of Netinera, won one of two contracts for operation of the Saar Electric Network in 2017. The 15-year deal covers services from Saarbrücken to Neubrücke, Lebach-Jabach and Homburg, as well as Illingen - Homburg services.

The announcement comes just weeks after Bombardier confirmed delays to the delivery of Talent 3 trains for Abellio, which will be used in the Stuttgart area.