The Czech and Finnish cities are expanding their light rail fleets 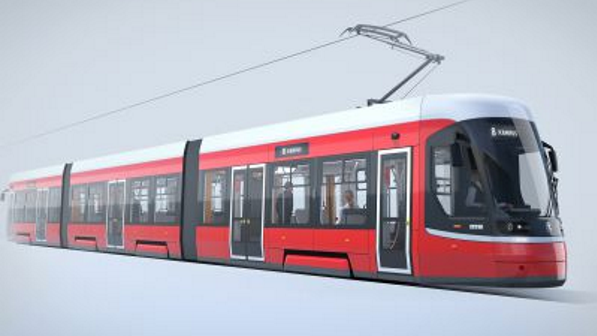 A ForCity Smart 34, as ordered by DPMB.
Photo Credit: Skoda

THE city of Brno, Czech Republic, has awarded Skoda a framework contract for up to 40 ForCity LRVs, as Helsinki places an order for 23 ForCity LRVs.

Brno Transport (DPMB), Czech Republic, has signed a Koruna 2.4bn ($US 111.3m) framework contract with Skoda Transportation for the purchase of up to 40 bi-directional ForCity Smart 34 LRVs, with an initial order for five three-section vehicles for delivery by February 2023. Further orders will be placed according to DPMB’s financial capabilities by 2026.

The initial vehicles will be introduced on Line 8 following the completion of a 900m-long partially-underground extension to the university campus in Bohunice, due to open in 2022.

The low-floor LRVs can accommodate up to 233 passengers, including 64 seated, and can reach speeds of up to 70km/h. The vehicles are equipped with air-conditioning, a digital passenger information system, CCTV and multi-functional spaces for wheelchairs, prams or bicycles.

Helsinki City Transport (HKL) has placed a separate order for 23 ForCity Smart Arctic X54 LRVs with Skoda Transtech, for use on the Crown Bridges lines connecting the city centre to Yliskylä and Haakoninlahti, which are scheduled to open in 2026.

The vehicles will be manufactured at Skoda Transtech’s site in Otanmäki and will be winterised to meet the demands of Finnish weather conditions.

HKL currently operates a fleet of 70 ForCity Smart Artic X24 LRVs. With the addition of the new fleets currently on order, the city’s Artic fleet will expand to 122.