The additional Kawasaki cars for New York Subway will expand the fleet to 1175. 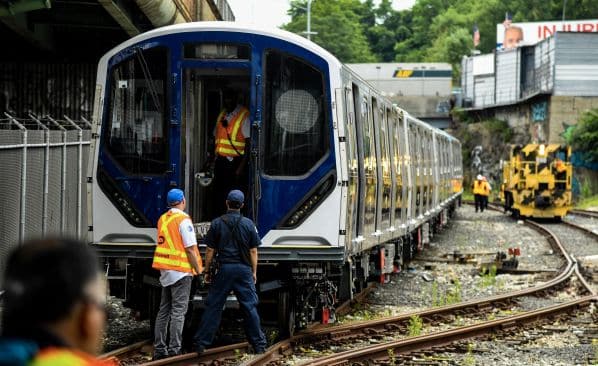 Kawasaki’s final negotiated price in 2018 was $US 1.44bn for the 535-car base order, which includes 440 standard closed-end cars and 20 open-gangway test cars for NYCT’s B Division network and 75 closed-end cars for Staten Island Railway. The deal included an offer of $US 1.33bn for the initial 640-car option and $US 913.57m for a second 437-car option. Exercising the second option would take the total price tag to $US 3.69bn.

The additional cars will be manufactured at Kawasaki’s plants in Lincoln, Nebraska, and Yonkers, New York. The Lincoln facility will produce the car bodies and install interior equipment, while final assembly and testing will be performed at both the Lincoln and Yonkers factories.

The new cars, initially planned for New York Subway’s A and C lines and the Staten Island Railway, will include 1473mm wide doors, 203mm wider than on existing cars, to reduce station dwell times. The cars will also feature CCTV, digital passenger information display, and brighter lighting and signage.

“We are thrilled to see customers coming back to the system with increased frequency and our main objective is to provide safe, fast reliable service,” says NYCT president, Mr Richard Davey.

Certification testing on the R211 cars already delivered is underway, with passenger service expected by spring 2023.