Newag hands over EMUs for Lublin

The trains were due to be delivered in December. 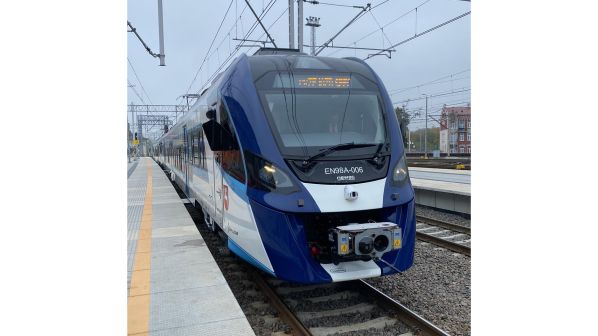 NEWAG has handed over seven Impuls 2 EMUs to the Lublin Voivodship Board in Poland with another two to be delivered by the end of the year.

The Voivodship awarded Newag a contract on November 9 2019 to deliver eight EMUs, with this subsequently increased to nine, taking the total cost of the contact to Zlotys 165m ($US 41.65m) of which Zlotys 130m has been financed by the European Union. All the vehicles were due to be delivered in December, but Newag shortened the delivery time to hand them over on September 30. The remaining two vehicles will be delivered at the beginning of December.

The trains will be leased to regional operator Polregio, which will use them to replace EN57 EMUs on lines:

Each train, which can operate at up to 160km/h, can seat 105 passengers, and up to three trains can operate in multiple. They also feature space for bicycles and luggage, air-conditioning, Wi-Fi, an audio-visual passenger information system, and USB charging sockets. The trains are also equipped for passengers with reduced mobility, including low floors and entry ramps, as well as induction loops for hearing impaired passengers.

“Polregio is constantly modernising its rolling stock - we will soon announce a tender for the purchase of several dozen new electric trains, and ultimately our fleet will include more than 200 new vehicles,” says Polregio president, Mr Artur Martyniuk.

“I am sure that passengers of the Lublin province will be satisfied with the comfort and quality of travelling on the new Impuls 2 vehicles,” says Newag president, Mr Zbigniew Konieczek. “This is a proven platform, which has already been successfully used in 14 provinces in Poland.”