THE New Jersey (NJ) Transit board of directors approved a $US 670m contract with Bombardier on December 13 for 113 new double-deck vehicles, including its first double-deck EMUs. 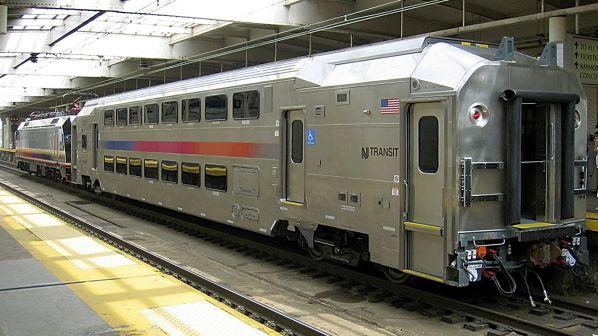 The purchase was approved as part of NJ Transit’s Fiscal Year 2018 budget, with a Request for Proposals (RFP) released in October 2017. The vehicles are scheduled to begin testing in the third quarter of 2022 and are expected to enter revenue service during the second quarter of 2023.

The Multilevel III EMUs will replace the ageing Arrow III EMUs, which were introduced in 1977. A 12-car multi-level set will seat 1552 passengers, compared with 1380 on a 12-car Arrow III. The new vehicles will feature 2+2 seating as opposed to the three-person bench seats on the Arrow IIIs, as well as USB charging ports and advanced passenger information systems.

The purchase moves NJ Transit closer towards its goal of reducing the average age of its fleet to less than 30 years.

NJ Transit says the benefits of the Multilevel III passenger vehicles include reduced operating costs and higher acceleration, as well as a mean distance between failures (MDBF) of 596,000km compared with 64,000km for the Arrow III.

In December 2017, NJ Transit opted to exercise a $US 184.5m option with Bombardier for 17 additional ALP45-DP electro-diesel locomotives.