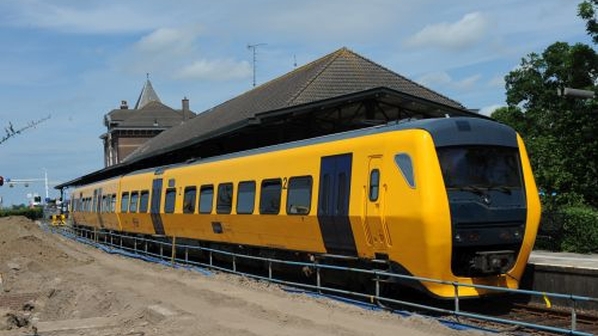 NS originally sold 48 of the DM 90s to Ferotrans-TFI in 2017. However, the Romanian operator was unable to transport the trains to Romania due to their wide profile, instead leaving them stabled at Nijmegen station in the Netherlands.

However, Dutch network manager Prorail ordered NS to move the trains in 2019 to allow the reconstruction of the station, resulting in NS dissolving the contract. Ferotrans-TFI subsequently launched legal action, which has so far been unsuccessful.

NS transferred the trains to Amsterdam and entered into a contract to sell them to SKPL. The operator was unable to begin delivery until the legal limitation of sequestration was lifted in a court proceeding on November 4 2020.

Legal proceedings between NS and Ferotrans-TFI remain ongoing. Ferotrans-TFI has called for the full purchase price to be returned, whereas NS says it should deduct the costs of stabling and transport along with compensation for the costs stemming from breaching the contract.

The saga marks the second time Ferotrans-TFI has been unable to transport second-hand trains it has purchased, with a similar situation unfolding in 2012. The Dutch stock was eventually scrapped, amid reports of breach of contract.