Framework agreement could eventually be worth €3bn. 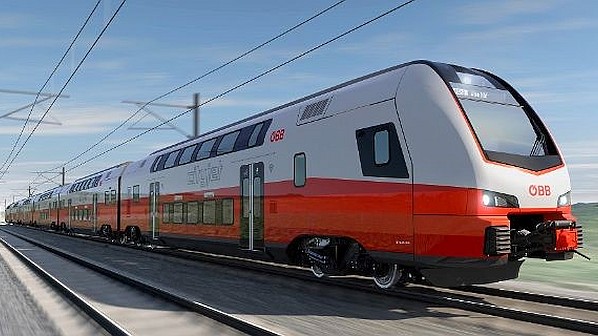 AUSTRIAN Federal Railways (ÖBB) has awarded Stadler a contract for 41 Kiss double-deck EMUs. The initial €600m order is part of a 10-year framework agreement signed this year for up to 186 trains.

The Supreme Administrative Court in Vienna approved the decision by ÖBB to award the contract, potentially worth €3bn, to Stadler in February and this is the first call from that order. The country’s Federal Administrative Court had declared the contract null and void last September due to an alleged formal error in the qualified electronic signature of the offer, a decision that was subsequently overturned.

The 160km/h trains will operate in the eastern region from 2026. The initial order is for 20 six-car and 21 four-car trains.

The trains will also be fitted with climate control and power sockets in every row of seats. Modern passenger information systems will be installed as well as video surveillance.

The trains will be manufactured at Stadler’s new centre of excellence for double-deck trains in St Margrethen.

For detailed data on all fleet projects in Austria, subscribe to IRJ Pro.