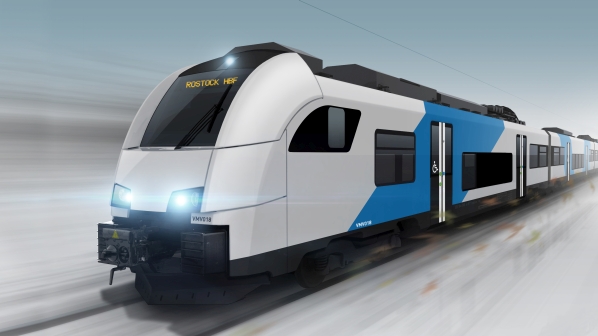 ODEG began operation of the lines on December 15 2019. The new trains will replace a fleet of six Desiro ML Cityjet EMUs which were leased from Austrian Federal Railways (ÖBB) to operate the service on a transitionary basis.

The trains will later be extended to four-car sets in spring 2021 by adding an additional intermediate coach to increase capacity.

The trains were purchased by Alpha Trains from Siemens on December 6 and were manufactured by Siemens Mobility at its Krefeld site.