EAST German Railway Company (ODEG) has awarded Alstom a contract worth around €45m for the delivery of eight Coradia Lint regional DMUs. 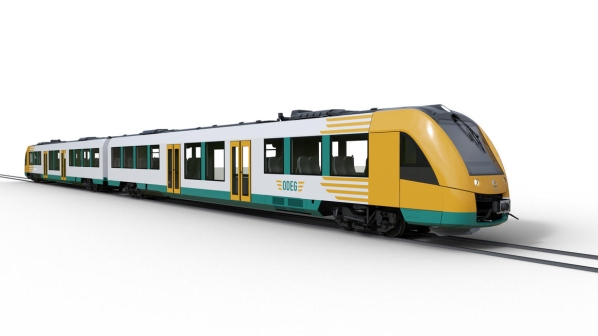 Alstom says the trains, which feature a powerpack that meet EU Stage 5 emissions standards, will be built at Alstom’s site in Salzgitter, Lower Saxony, and delivered in the second half of 2022. The trains are due to enter service on the Elbe-Spree network in December 2022.

The order comes after Berlin-Brandenburg Transport Authority (VBB) announced in January that DB Regio and ODEG will share the contracts to operate the network from December 2022 to 2034. In May, ODEG awarded Siemens a €300m contract to supply 23 Desiro high-capacity EMUs for services on lines RE1, RE8 and RB17 on network.

The two-car trains have a network-tailored boarding height and seating capacity for 140 passengers as well as 12 bicycles or six pushchairs. Each train has four doors on each side which feature automatic boarding aids to minimise dwell times.

For detailed information on DMU orders around the world, subscribe to IRJ Pro.