Lombardy region to buy another 46 EMUs

The trains are planned to be delivered before the 2026 Winter Olympics. 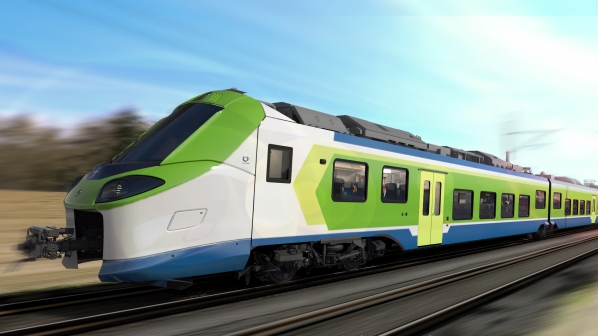 The order comprises 26 Caravaggio high-capacity EMUs built by Hitachi Rail Italy (HRI), and 20 Alstom Donizetti medium-capacity EMUs. Delivery is planned by 2025, in time for the 2026 Winter Olympics, which will be partially hosted in the regional capital Milan.

Of the new trains, 20 will operate on the Milan - Sondrio - Tirano line, 10 will be used on the Milan - Malpensa Airport route, and 16 on a planned service between Milan and Bergamo Orio Airport.

“The €351m invested derives from the resources of the Lombardy Plan and is part of the investments made by the region ahead of the Olympic Games,” says Ms Claudia Terzi, Lombardy’s councillor for infrastructure, transport and sustainable mobility, who proposed the train order.

The Lombardy Plan is a €4bn Covid recovery scheme drawn up by the Lombardy regional government to stimulate economic recovery following the crisis. The plan includes €374.4m to support railway works, and €80.6m for public transport and the development of intermodality in the region.

Lombardy is currently phasing in a fleet of 176 new trains, worth €1.6bn, under its fleet renewal programme. Of these, 21 trains are now in service, including 10 Donizettis and 11 Caravaggios.

“The overall investment of the Lombardy Region to renew the fleet is now close to €2bn for 222 new trains,” Terzi says. “The new Caravaggio and Donizetti are already circulating on various Lombardy lines, resulting in an improvement in the travel experience of users.”