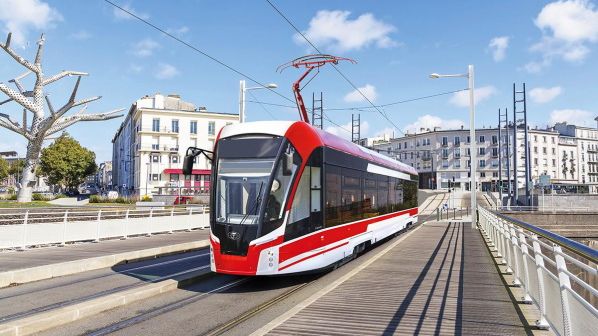 The city of Izhevsk, Udmurtia, will lease a fleet of 16 low-floor single-section 71-911 EM LRVs from the State Transport Leasing Company (STLK), which has placed the order with PK Transport.

PK Transport says that the entire fleet will be shipped to Izhevsk by December 8. The LRVs, which are a variant of PK Transport’s Lion LRV platform, will operate services on Izhevsk’s Route 10 light rail line. Each vehicle will have 40 seats.

The fleet will be 60% funded through the federal Safe and High-Quality Roads (BKAD) transport initiative, with the remaining 40% provided by the Udmurtian state government.

“The problem of obsolete rolling stock is urgent for many cities, and it is gratifying that the authorities of Udmurtia and Izhevsk, in particular, have made a fundamental decision not to postpone the solution of this issue,” says Mr Felix Vinokur, president of PK Transport Systems.

PK Transport has also won a contract to supply 15 71-911 EM single-car LRVs to the city of Perm, Perm Krai.

Under the contract, PK Transport will deliver six units by the end of 2020, and another nine by March 1 2021.

The new fleet is in addition to nine Lion LRVs previously delivered by PK Transport to the city. The first two LRVs were delivered in December 2019, with the remaining seven entering service in May 2020.

The new contracts for PK Transport follows an order for 114 LRVs for Moscow’s light rail network placed in September, including a fleet of 40 71-911 EM LRVs. The fleet will be delivered to the city between 2021 and 2022.