PKP Intercity has allocated Zlotys 27bn to modernise its rolling stock and depots. 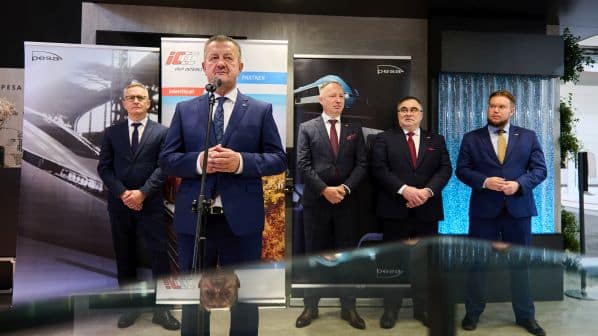 The contract was signed during InnoTrans on September 21. Pesa will initially conduct level five maintenance on the coaches, before undertaking an inspection at maintenance level three 18 months later.

The upgraded coaches will operate at 200km/h, and will offer numerous amenities for passengers, such as Wi-Fi, individual lighting, new air conditioning, a dynamic information system displayed on light boards, and a new pop-up sliding door. The contract will be implemented by 2026, with work on one coach expected to take no longer than 250 days.

“We are implementing our rolling stock strategy very efficiently,” says PKP Intercity Management Board president, Mr Marek Chraniek. “Of the Zlotys 7bn planned for 2017-2023, we have already contracted over Zloty 6.4bn. 99% of these are contracts are with Polish producers, which we are very happy about. In 2030, we want to reach the level of 88 million passengers per year, which will be helped by investments such as the one carried out in cooperation with the company from Bydgoszcz. The refurbished vehicles will serve passengers all over Poland.”

PKP Intercity has allocated Zlotys 27bn to modernise its rolling stock and depots under its 2030 strategy, as it strives to double the number of trains it operates and increase average operating speeds from 120-160km/h to 160-250km/h.