The contract was awarded in July 2020, but was delayed due to appeals. 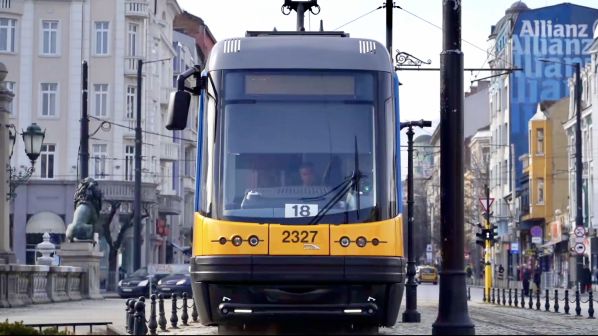 METROPOLITAN Electric Transport (EAD), the public transport operator in Sofia, has signed a contract with Pesa for another 25 Swing LRVs, the fourth contract between the companies.

Due to restrictions in Bulgaria caused by the Covid-19 pandemic, the contract was signed by post, with the final signature received on November 19.

Similar to those previously delivered to the Bulgarian capital, the low-floor, five-section Swing LRVs will be 30m-long, with capacity for 201 passengers including 41 seated. The vehicles will feature air-conditioning, and will be adapted for passengers with reduced mobility.

Pesa was awarded the contract in July 2020, but the signing was delayed due to appeals from unsuccessful bidders. The proceedings were finalised after the Polish Ministry of Foreign Affairs engaged in talks with Bulgaria, with deputy minister of foreign affarirs, Mr Paweł Jabłoński, and the Embassy of the Republic of Poland in Sofia involved in the discussions.

“Due to the complicated appeal procedure, we waited a long time for the contract to be signed, but the deliveries of Swings to Sofia will end in 2023,” says Pesa disrector of LRVs, Mr Marcin Grzyb.

Pesa has so far delivered 37 Swing LRVs to Sofia.