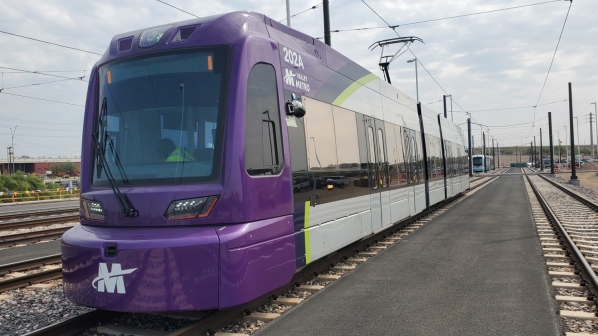 The S700 LRVs offer a spacious interior, energy-efficient LED lighting, storage space for bicycles, and air-conditioning. The trains, which will be built at the Siemens facility in Sacramento, California, will be equipped with condition-based monitoring, data analytics and predictive maintenance.

The order expands Valley Metro’s fleet to 25 LRVs, alongside the 11 LRVs ordered from Siemens in 2017. “This addition to the light rail fleet supports our mission of connecting communities, especially as we close in on the 2024 completion date for the South Central Extension/Downtown Hub,” says Valley Metro CEO, Mr Scott Smith.

Utility work is underway for the 8.8km, eight-station South Central Extension/Downtown Hub, which will run from central Phoenix to Baseline Road in south Phoenix. Track and street work is scheduled to begin by the end of the year, with electrical system installation due to start in early 2021 followed by station platform work in mid-2021.

Utility work has also begun for the 2.5km Northwest Extension Phase II project. In addition to a new transit centre for servicing LRVs and buses, the extension includes a rail-only bridge and two new stations, one of which will be Valley Metro’s first elevated station.

The extension, which is due to open in 2024, will operate from 19th and Dunlap avenues to the former Metrocenter Mall area in Phoenix.

The extension received $US 50m under the Federal Transit Administration’s Capital Investment Grants Program in August.