BRITISH rolling stock leasing company Porterbrook has completed an engineering assessment that makes a positive case for the conversion of a Siemens class 350 Desiro 25kV 50Hz ac EMU into a battery-electric train. 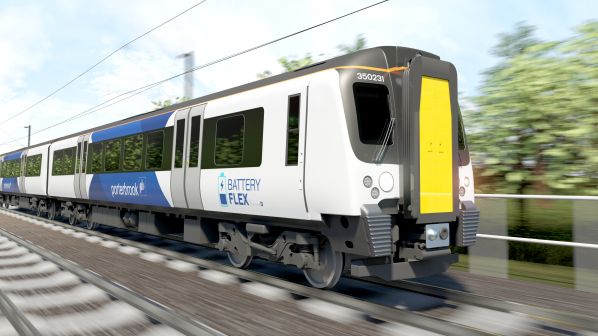 Porterbrook says that with the addition of the battery technology, it is confident the new “BatteryFlex” trains will be able to match or exceed the performance of diesel trains on non-electrified lines.

The company says it has modelled energy and power demands for routes such as the Oxenholme - Windermere branch in northwest England, where it says the BatteryFlex version of the class 350/2 could eliminate diesel operation while providing the flexibility for through operation onto the electrified West Coast Main Line.

Porterbrook says it is currently in discussions with specialists in battery chemistry to create a demonstrator unit that can showcase the new technology to operators.

A number of class 350s currently used by London Northwestern Railway are due to come off lease when the operator receives new Bombardier Aventra EMUs in 2020-2021. The 37 class 350/2s owned by Porterbrook and leased by LNWR were delivered in 2008-2009.