PORTUGUESE Trains (CP) will now be able to sign a €167.8m contract with Stadler for the purchase of 22 Flirt 160 regional trains, following the end of a legal dispute over the outcome of the tender. 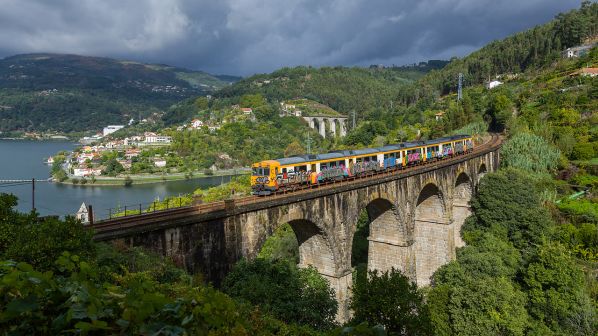 CP named Stadler as its preferred bidder for the contract in December 2019. However, CP was prevented from signing the contract due to a challenge from Spanish manufacturer CAF, which submitted one of several failed bids for the contract.

CAF litigated against CP in the Lisbon Administrative Court, claiming that its bid was unfairly dismissed due to a technical failure of the online tendering platform.

The new Flirts will replace a fleet of 24 DMUs currently on lease from Spanish national operator Renfe from 2018 until 2022. However, due to the delays, CP says that it will have to extend the rental contract with Renfe for a further two years until 2024, incurring an estimated additional cost of €13m.

The 1668mm-gauge trains, which Stadler expects to begin delivery of in 2023, will be used to operate regional routes including the Douro, Oeste and Évora and Beja lines, and comprise 12 electro-diesel hybrid trains and 10 EMUS.

The new trains will have around 200 seats, with a maximum speed of 140km/h in diesel mode and 160km/h in electric mode. The trains will also feature charging points and wireless internet throughout, as well as spaces for up to four bicycles.

The contract requires Stadler to provide maintenance and training for staff for at least three years, with an optional extension of up to four years available.