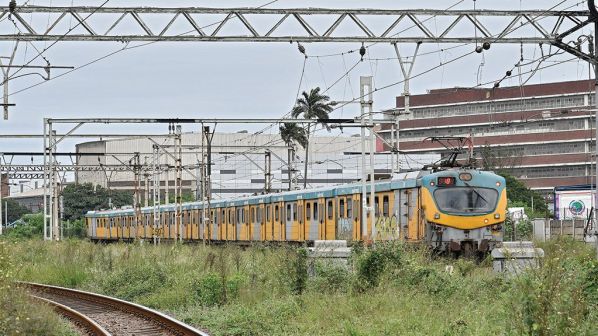 THE Passenger Rail Agency of South Africa (Prasa) has awarded five contracts worth a total of Rs 7.5bn ($US 459.3m) for the refurbishment of rolling stock across the network. The five-year contracts have been awarded to Armature Technology, CTE Investment, Karabo Nhlamolo Projects Cooperative, TMH Africa, and YNF Engineering, with 380 and 400 EMU cars to undergo heavy maintenance and rehabilitation work every year.

“Many of our trains are out of commission due to the lifespan of our coaches, as well as vandalism to our coaches, making our trains hazardous and unsafe for commuters,” Prasa says. “This is therefore a positive development for Prasa and its commuters because we can now… increase the availability of trains as we recover our lines.”

While the Metrorail coaches have an expected lifespan of about 40 years, the majority of Prasa’s fleet is now more than 50 years old.

“As we transition to the new electric trains manufactured at the Gibela manufacturing plant, the current fleet needs to be maintained until new motor units are finally acquired and fully incorporated into service by 2033,” Prasa says. “The current fleet is expected to remain operational and will be systematically phased out.”

During a meeting of the Transport, Public Service and Administration, Public Works and Infrastructure committee at the upper house of parliament on June 22, Prasa said the automation of the signalling network was 99% complete in Gauteng, 92% complete in the Western Cape, and 73% complete in Kwazulu-Natal, where the need to appoint a new contractor and recent flooding had caused delays.

Prasa says ongoing challenges to the rehabilitation of the network include a skills shortage, tender hijacking where work is being obstructed by people demanding to be involved, the effects of climate change such as flooding in KwaZulu-Natal and the Cape Flats, and difficulties in sourcing of materials.

Security is also an issue for the rehabilitation programme, and is expected to cost Prasa Rs 1bn over the next three years.

Prasa chairperson, Mr Leonard Ramatlakane, told the meeting that the Mabopane corridor was operational, while the Central Line in Cape Town would be running as far as Nyanga by July, and as far as Khayelitsha by the end of the year.

Giving an overview of the rehabilitation of the rail network, Prasa acting group CEO, Mr David Mphelo, says 18 of the 40 Prasa lines had been running since reopening after the Covid-19 lockdown, most using diesel traction. Prasa was working with other departments and entities to resettle people who had built settlements on the Cape Town Central Line. There was also significant damage to the infrastructure that would require repair or replacement, including 10km of track that had been stolen.

Mphelo also told the committee that 96 new trains had been provisionally accepted, the majority of which were in storage at Wolmerton yard. Some of the new trains had already been delivered to Gauteng, Kwazulu-Natal and the Western Cape, but they would need to be modified to operate under the 25kV ac electrification on the Transnet network in the Eastern Cape, different to the 3kV dc system used by elsewhere by Prasa.

Permanent delegate from the Eastern Cape, Mr Thembinkosi Apleni, raised concerns during the meeting that the Eastern Cape was being overlooked in Prasa’s planning, with the lack of rail transport forcing freight onto road with a knock-on effect on the condition of the region’s roads.

Mphelo told the committee that Prasa’s debt to Transnet had become so high that Transnet had seized locomotives that Prasa had been operating in the Eastern Cape. Prasa has brought in locomotives from elsewhere and plans to relaunch diesel services in East London and Gqeberha. However, the 25kV electrification meant that the long-term deployment of rolling stock was complex. Mphelo assured the committee that it was not Prasa’s intention to exclude the province from the rolling stock fleet renewal programme.