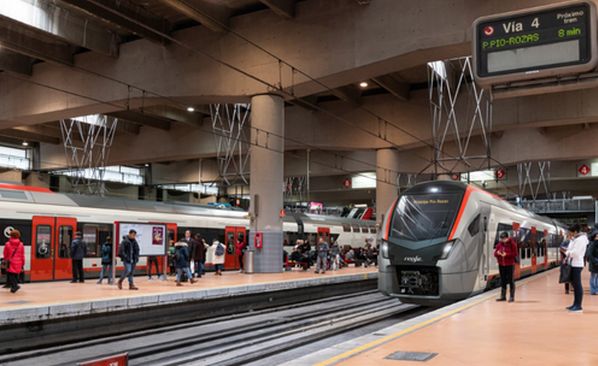 SPANISH national operator Renfe has awarded contracts worth a total of €858.4m to Alstom, CAF and Stadler for three fleets totalling 97 trains. The new orders are part of Renfe’s €5.4bn fleet renewal plan, which calls for the purchase of 519 high-speed, commuter, regional and metre-gauge trains as well as locomotives.

Alstom will supply 49 100m-long Coradia Stream suburban EMUs at a cost of €367.6m. The trains will feature a mixed-configuration of both single and double-deck cars. These trains will supplement the 152 EMUs ordered in March 2021. The two orders have a combined value of €1.8bn including spare parts and the maintenance of 56 trains for 15 years.

The suburban trains will each have at least 900 seats, which Renfe says is 20% more than its existing Civia EMUs supplied by CAF. In addition, they will have a minimum of 10 doors and spacious vestibules to minimise boarding and alighting times.

All trains will be fully accessible to facilitate the transport of people with reduced mobility and will have Wi-Fi and space for bicycles and pushchairs.

Renfe expects the three contracts to generate 10,000 jobs during construction.