Using the locomotives will reduce emissions by double-digits, the manufacturer says. 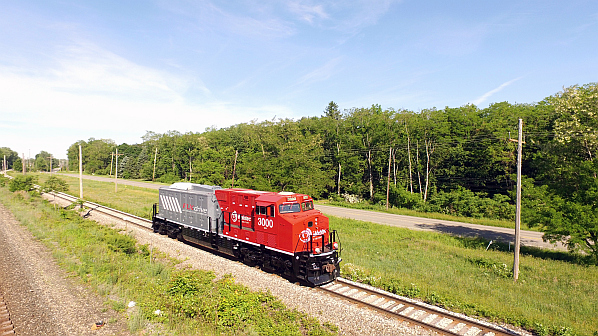 Wabtec will deliver the 7MW locomotives to Rio Tinto in 2023. The mining company plans to use them either for shunting in yards and on the mainline. Currently mainline operations use three diesel-electric locomotives to haul 28,000 tonne iron-ore trains consisting of 240 wagons.

When in use on the main line, Wabtec says the FLXdrive locomotives will be used in a hybrid consist and will recharge their batteries through regenerative braking and at charging stations. Wabtec is fitting its Trip Optimiser energy-management software to the locomotives which will determine the optimal times to discharge and recharge the batteries along the route to ensure the most fuel-efficient operation of the entire locomotive consist during the journey.

This is the second such order for Wabtec in Australia following Roy Hill’s purchase of a FLXdrive battery-electric locomotive last year, which is also due for delivery in 2023.

Wabtec is also building a FLXdrive battery-electric locomotive for North American Class 1 Canadian National (CN), and this will be delivered in 2023.

The manufacturer told IRJ last year that mining customers represented a great opportunity for the FLXdrive locomotives because operations are often captive and very predictable.