THE regional council of the island of Sardinia, Italy, has announced it will order another four DMUs after the region received a €52.9m grant from the European Union’s Structural and Cohesion funds (FSC). 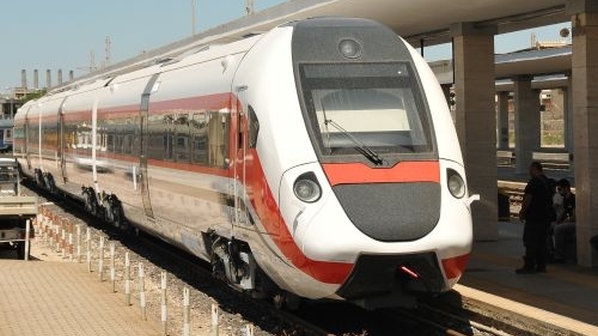 The funding is part of a wider €450m financing package from the European Investment Bank (EIB) approved with Trenitalia in July to support the purchase of 135 new diesel-electric-battery hybrid trains for regional services in Calabria, Lazio, Molise, Tuscany, Valle d’Aosta, Sardinia and Sicily.

The new trains for Sardinia will be ordered from Hitachi under an extension to a nine-year contract signed by the region of Sardinia and Trenitalia in July 2017 for the operation of passenger services on the island’s 1435mm-gauge network.

The contract was worth €513m and calls for an investment of €123.4m, with €114m coming from Trenitalia and the regional government providing the remaining €9.4m. This investment was earmarked for the renewal of rolling stock including purchasing eight new-generation DMUs, which were due to arrive on the island in 2020-21.

Under the new agreement, the region’s contribution to the contract will increase to €62.3m using the EU funding, allowing Trenitalia to procure another four DMUs.

All 12 trains will accommodate 300 passengers and will be equipped with a hybrid diesel-electric traction system.

There are 22 new trains that are due to be delivered between 2020 and 2022, including 10 Swing DMUs from Pesa, Poland (the first four of which were delivered to the island on October 7) and the 12 hybrid Hitachi trains. These will operate alongside 10 Alstom Minuetto DMUs and eight CAF ATR 365 tilting DMUs which have been delivered in recent years.