Programme aims to give fleet another 15 years in service. 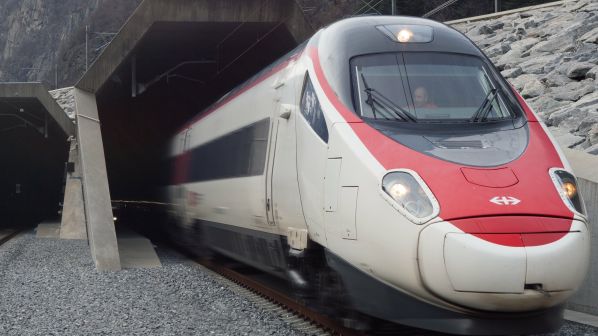 SWISS Federal Railways (SBB) has announced it is preparing its fleet of Astoro tilting trains for another 15 years of operation by investing SFr 120m ($US 131.2m) in a further refurbishment programme.

Built by Alstom, the ETR 610 tilting trains first entered service in 2009-10 and are used on cross-border services from Switzerland to Italy and Germany.

Refurbished, overhauled and rebranded in 2018 as Astoro (from the Italian word “astore”, meaning “hawk”), the trains can each carry a total of 430 passengers and are equipped with Wi-Fi, accessible toilets, a restaurant car and bicycle and walker spaces.

The 19-strong Astoro fleet has now covered over 3.2 million km and the first train to be refurbished entered the SBB workshops in Bellinzona workshops on January 9.

Over the coming months the refurbishment programme will see driving cabs overhauled, windows and lights replaced, toilets partially replaced, vehicle bodies completely repainted, and the electronic, safety and water supply systems renewed. The mats in the carriage entrance vestibules will also be replaced to improve accessibility in accordance with federal disabilities legislation.

Other tasks for the team of around 60 personnel involved in the programme include overhauling bogies and couplers, and the replacement or repair of the pantographs, hydraulic equipment, valves and compressors.

Refurbishment will initially be carried out on two trains which will then serve as prototypes for the rest of the fleet.

There are two series of Astoro trains and the refurbishment programme will be carried out on seven trains from the first series and 12 from the second series, making a total of 133 cars. The project is expected to continue until 2027.