New trains will begin to enter service in December 2023. 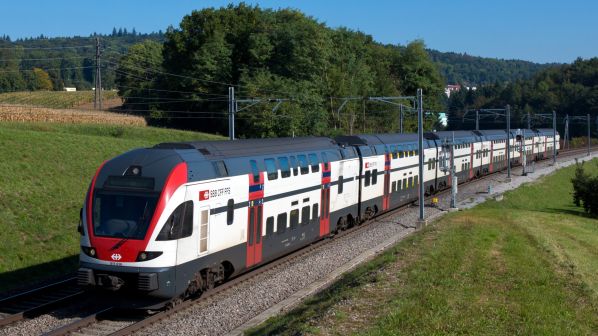 SWISS Federal Railways (SBB) has exercised an option under an existing framework contract with Stadler for 60 InterRegio Kiss double-deck EMUs. The deal is worth approximately SFr 1.3bn ($US 1.42bn).

41 of the new low-floor class RABe 511 six-car EMUs will replace older trains in the SBB fleet, helping the railway to meet Swiss Disability Discrimination Act (DDA) requirements to provide barrier-free boarding for persons with reduce mobility by the end of 2023. The remaining 19 sets will boost capacity in the Zürich area and in western Switzerland.

The first EMUs from the order will enter service with the start of the 2024 timetable in December 2023.

The 150m-long trains will offer 466 seats, including 2+1 seating in first class. The trains will feature power sockets, easily accessible areas to store bicycles and pushchairs, toilet facilities and a modern information system.