SCI Verkehr expects the global market for diesel locomotives to drop by 24% between now and 2024, due to uncertainty caused by the Covid-19 pandemic. 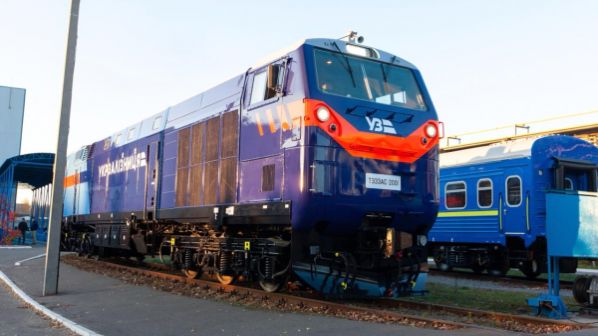 Wabtec is currently the market leader worldwide for the supply of diesel locomotives.

“In many countries, the pandemic will further accelerate the reduction of the diesel fleet due to planned acquisitions becoming either obsolete or being discarded in favour of fleet modernisation,” SCI Verkehr says in its latest study of the diesel locomotive market.

SCI says core markets like China and Western Europe had already significantly reduced the purchase of new diesel locomotives before the pandemic. Nevertheless, SCI says that with only 28% of the global rail network electrified, diesel traction will remain essential in the long-term in many regions, especially for freight traffic. Locomotives with alternative traction are often still only being tested and will play just a minor role in the short term.

“In 2019, the worldwide market for new diesel and alternative traction locomotives was at an extremely low level of approximately €2.75bn,” SCI Verkehr says. “The OEM market for diesel locomotives has recently come under severe pressure for a variety of reasons. In countries with significant fleets, such as China, where there is increasing electrification of the network, and the United States, where precision-scheduled railroading allows fleet reductions, deliveries have slumped massively.

“In Europe, with the EU goal of climate neutrality by 2050, operators are increasingly refraining from long-term investments in diesel locomotives. The effects of the Covid-19 pandemic are reinforcing the trend. Unlike passenger rail transport, stimulus packages are not supporting rail freight transport.”

Nevertheless, SCI Verkehr says it still expects a significant increase of the OEM diesel locomotive market to €3.69bn in 2024.

While SCI Verkehr expects a significant shift away from diesel traction for multiple units in passenger rail transport, this is not the case in rail freight for most world market regions. “In countries like the United States, with only 1% of the network electrified, the almost exclusively private operators are focusing on diesel traction with modern technology,” SCI says. “In light of the high price and duration of electrification projects, countries such as Russia recently announced extensive investments in catenary-free traction for the coming years.”

Between 2015 and 2019, around 8300 diesel and alternatively powered locomotives were delivered worldwide. Following its acquisition of GE Transportation in February 2019, Wabtec was the clear market leader with a 40% share, followed by Transmashholding, Russia, with 14% and India’s Diesel Locomotive Works at 13%. Due to stricter emission standards, SCI Verkehr says it has observed rising prices in many regions for several years.

“Worldwide, the reduction of emissions from the diesel freight locomotive fleet is mainly achieved by retrofitting engines and integrating modern diesel locomotives,” SCI says. “In an environment of price sensitive operators and high-performance requirements, alternative drive technologies are still struggling, especially in mainline traffic. Only in Europe can they be found in significant numbers.

“At present, the share of locomotives with alternative drive traction in the total fleet is less than 1%. However, particularly in the shunting segment, alternative-drive locomotives, for example diesel locomotives with traction batteries, will make a significant contribution to the OEM market in the coming years and provide operators with locally emission-free operation and energy savings.”

For more data on the world diesel locomotive market, subscribe to IRJ Pro.