Applicants will complete a year’s training before filling 30 spaces. 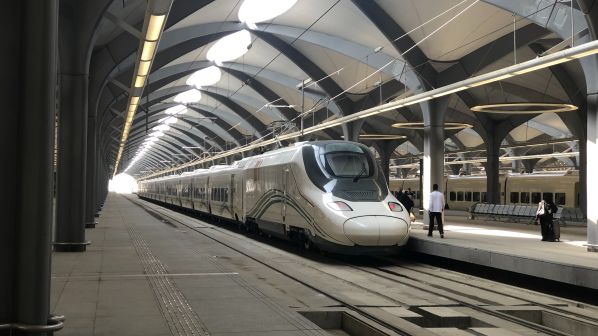 The successful applicants will be the first female high-speed train drivers in the country.
Photo Credit: Shutterstock/Jaiz Anuar

MORE than 28,000 women have registered to complete the required training to fill 30 train driver spaces in Saudi Arabia, the first time the role has been opened to women in the country. Successful applicants will drive high-speed trains between Mecca and Medina along the first high-speed line in the Middle East.

Spanish operator Renfe, which is conducting the training, says more than half of the applicants, who are aged between 22 and 30 years old, have passed an online aptitude test to determine their academic record and English ability.

Those initially selected will undergo further tests and a personal interview, after which they will begin a paid training period of just under a year at the Spanish High-Speed Mecca Medina Consortium’s facilities located within the line’s operation centre.

The training will begin in mid-March, and will consist of theoretical and practical classes given by Renfe staff.

The first drivers for the line were trained between 2013 and 2014 at Renfe’s Professional Technical School of Driving and Operations in Madrid, Spain. This work was expanded following the signing of an agreement with the Saudi Railway Politechnic (SRP) to provide theoretical training at its facilities in Qassim, Saudi Arabia. More than 80 local train drivers have now been trained by Renfe, and another 50 are currently undergoing training.

In addition, Renfe’s subsidiary in Saudi Arabia has hired and trained more than 400 Saudis for the commercial and operation departments. The consortium operating the Haramain high-speed line, which also includes Adif and Ineco, currently employs 1300 staff, mostly Saudi nationals.