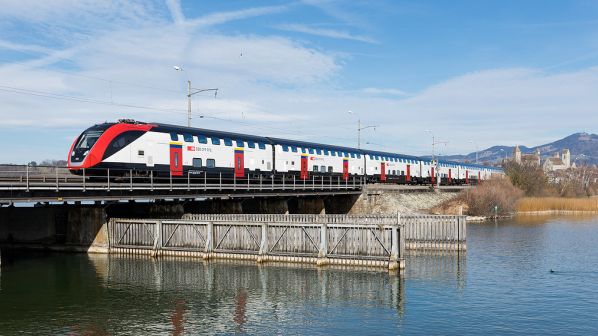 SBB has agreed to adapt the trains to meet four of the requirements laid down by Inclusion Handicap, which are intended to support passengers with audial or visual impairments.

Under the agreement, SBB has pledged the following changes:

Despite the agreement to address these issues, a further 11 points, including the gradient of the passenger aisle, are still being contested in a federal court.

The Swiss Federal Office of Transport (BAV) granted a limited and temporary Authorisation to Place in Service (APS) for the fleet of 62 inter-city and inter-regional trains in November 2017. This was contested by Inclusion Handicap, which launched an appeal against the decision to grant an APS in January 2018. The Swiss Administrative Court of Justice ruled in an intermediate verdict in March 2018 that SBB can continue to operate the double deck trains, but did not rule on the content of the arguments in the appeal.

A verdict on the remaining 11 points of Inclusion Handicap’s complaint is expected soon.

Swiss federal railway legislation is in line with European Union railway law, including the requirements of the European Technical Specification for Interoperability for Passengers with Reduced Mobility (TSI-PRM). However, additional Swiss federal PRM legislation also applies and gives a right of appeal against the authorisation of new rolling stock.