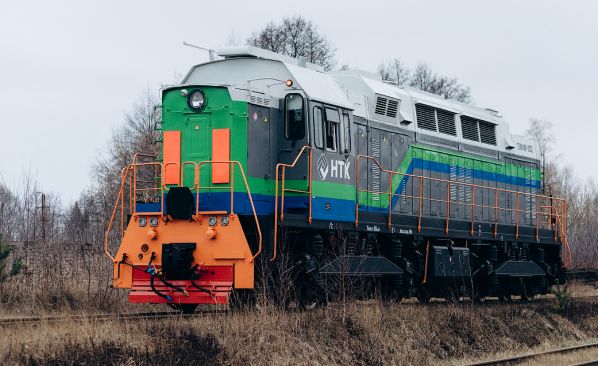 The first locomotive has already been sent to Daltransugol, part of NTK Group, where it will be used to haul coal trains at Vanino port in Khabarovsk Krai. The driver’s cab of the TEM14M is equipped with video recording systems to monitor dead visibility points and LED lights. Another TEM14M will be delivered in the second quarter of 2022 to IPP to haul tank wagons at Novorossiysk Commercial Sea Port.

STM also signed a contract with Evraz West-Siberian Metallurgical Plant in December 2021 for two TEM14 and two TEM10 diesel shunting locomotives. The TEM14 locomotives will be delivered in the first quarter of this year and the two TEM10s will follow in the second quarter. The shunters will operate at steel mills in Novokuznetsk where they will move raw materials and finished goods.

The TEM14M locomotive is powered by a 6DM-185T engine, developed at STM’s Ural Diesel Motor Plant. The locomotive has an output of 1.86MW enabling it to haul trains weighing up to 10,000 tonnes, which Sinara says is a record for shunters.

For more data on locomotive orders around the world, subscribe to IRJ Pro.