SIX train builders have been pre-qualified by Norwegian rolling stock company Norske Tog to bid for a contract to supply up to 200 EMUs. 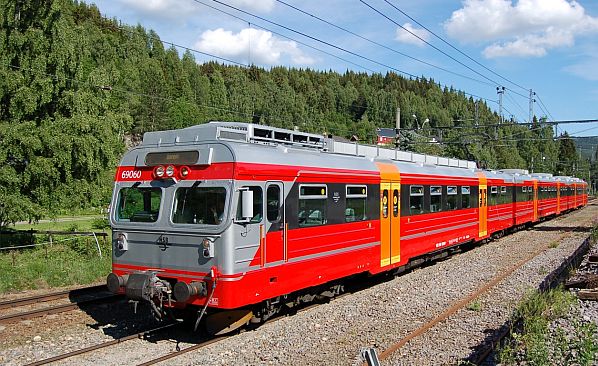 Norske Tog has pre-qualified six companies to replace its class 69 trains with up to 200 new EMUs.

The contract will initially be for 30 trains with an option for up to 170 additional trains. The trains will replace the class 69 EMUs operating commuter services between Stabekk, Oslo and Ski. Noske Tog requires the first trains to be delivered in 2023.

Norske Tog says bid evaluation will include the price, opportunities for shorter station stops, and rapid acceleration and braking. Bids are due to be received in October with a view to signing the contract at the beginning of 2021.

Risan says the new class 77 trains will have a maximum speed of at least 160km/h, and preferably up to 200km/h. Each train will be 110m long, which is 33m longer than the class 69 trains. This means the new trains will be able to accommodate 700-800 passengers compared with only 570 standing and seated passengers in the existing fleet.