SWEDISH national operator SJ has announced its intention to award Bombardier a contract for up to 40 high-speed EMUs, despite a ruling on the procurement by the European Court of Justice (ECJ). 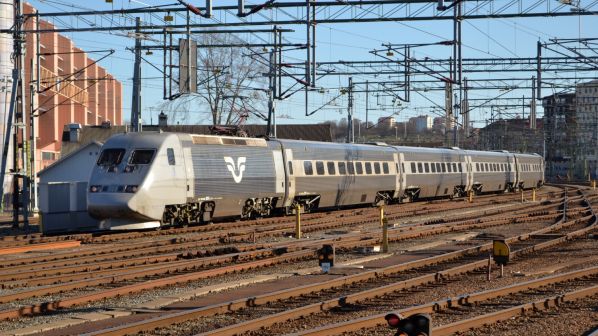 SJ initially launched the procurement of the new 250km/h fleet of 25 - 30 trains in 2017 as part of Project Delta, which also involves the modernisation of the X2000 fleet and an overhaul of SJ’s sleeper coaches.

SJ initiated direct discussions with a number of manufacturers after deeming that the publication of a notice under the Swedish Act on Procurement for the Utilities Sectors (LUF) was not required. SJ says this is due to the extreme urgency “brought about by events unforeseeable by, and not attributable to SJ,” as well as the absence of competition due to technical reasons. SJ says its opinion that LUF did not apply was in accordance with judgements made by Sweden’s administrative courts.

However, a judgment by the ECJ on February 28 2019 reversed this, finding that SJ does have an obligation to apply LUF when purchasing goods, services and works. SJ says the judgement was “unforeseeable,” and it subsequently decided to suspend the procedure and launch a new procedure in accordance with LUF.

SJ says that at the time of the ECJ judgement, negotiations with selected suppliers in Project Delta including Bombardier were well advanced.

“If SJ had recommenced the tender procedure from the start in its entirety and with the application of the time limits laid down in LUF for a procedure with prior call for competition, the delays would have been considerable,” SJ says. “Such delays would have made it impossible for SJ to meet the continually increasing demands of personal transport by train in Sweden. The need for the new high-speed trains was urgent already at the start of the project.

“Such delays also would make it impossible for SJ to make its necessary, considerable contributions to Sweden’s climate, environmental and transport policy goals. It is extremely urgent, in these respects, that Project Delta is finalised.”

SJ says that its knowledge of the market and the negotiations undertaken as part of Project Delta had made it obvious that Bombardier was objectively the only economic operator capable of delivering a fleet that met the operator’s needs, including the timing of delivery and the design, technology and functionality of the vehicles.

In May 2019, SJ decided to launch a negotiated procedure with Bombardier without prior call for competition in accordance with LUF, under Project Delta 2.0. Following these discussions, both parties are now ready to sign a contract for the EMUs.

In a voluntary ex ante transparency notice published in the Official Journal of the European Union, SJ announced it will initially purchase between 25 and 30 trains with a speed of 250km/h or more, with an option for a total of 40 trains.

The trains will be up to 179m-long with around 360 seats, and must be able to operate in Sweden, Norway and Denmark.

SJ is the largest passenger operator in Sweden, and launched operation of a concession in Norway early last month.