The train will operate on the Stockholm - Gothenburg route on November 16. 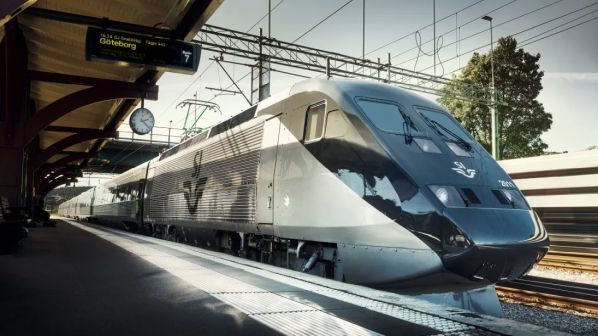 The trains feature a new interior and upgraded control system. SJ awarded ABB a $US 200m contract in January 2014 to replace the traction converters, transformers, battery chargers, train control systems, and passenger information and entertainment equipment. In 2016, SJ signed a contract worth more than SKr 1bn with Knorr-Bremse subsidiary Swedtrac to refurbish the interiors of 36 X2000 trains.

The first trains were due to be reintroduced in 2019, but an SJ spokesperson told IRJ it had underestimated the time needed to complete the verification process for the trains before entry into service. The operator says the reliability growth period was included as part of the testing process, which also contributed to the delay.

Each refurbishment takes between six to nine months.

The seating capacity has now been increased by 15%, with the seats able to be adjusted electronically, while the carpets, interior panelling, and luggage racks have also been replaced. The trains have also been equipped with a redesigned bistro and kitchenette in first class.

The cars have been equipped with modern lighting, more functional toilets and wheelchair spaces. The information systems, seat numbers and areas such as toilets, vestibules, wheelchair spaces and bistros have also been designed in cooperation with representatives from various disability organisations.

SJ says discussions with passengers during the design of the new interiors identified on-board connectivity as a major area for improvement. To meet this requirement, SJ has added an onboard 5G-based Wi-Fi system and replaced the windows with new radiolucent glass that allows phone signals to pass through easier.