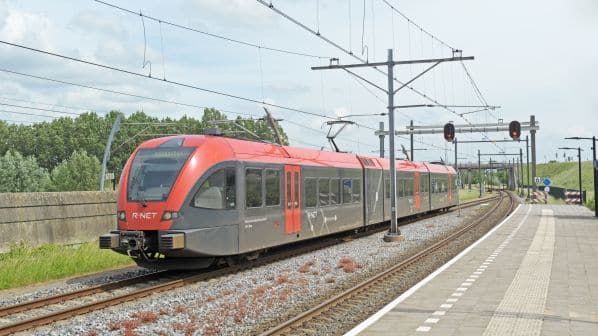 THE province of South Holland in the Netherlands has decided to order new EMUs for the Merwedelingelijn that runs from Dordrecht to Gorinchem and Geldermalsen, as this would be more cost-effective than retrofitting the existing fleet with ETCS.

ETCS is due to become operational in the Dordrecht station area at the western end of the line in 2027.

Passenger services are operated under a concession awarded by the province to Trenitalia subsidiary Qbuzz, which ends in December 2026.

Qbuzz operates a fleet of 10 GTW 2/6 and GTW 2/8 EMUs supplied by Stadler Rail. Equipping them with ETCS would cost €48m, but the fleet is only expected to have a further 10 years of useful life remaining.

The province of South Holland and other organisations involved in ETCS implementation programme in the Netherlands considered this investment to be uneconomic. It was therefore decided to write off the GTW fleet early and order new trains that would be delivered with ETCS onboard equipment in place.

As the new fleet needs to be service in 2027, the province must determine the vehicle specification and start tendering as soon as possible.

To improve operational performance, the new EMUs will have more passenger doors per side to reduce station dwell times.

There will be more space for bicycles and a toilet accessible to passengers with reduced mobility. There are no toilet facilities on the current GTW fleet.

The province has also asked infrastructure manager ProRail to extend station platforms to accommodate longer trains. Operating longer trains with the new fleet may require the overhead traction power supply to be upgraded.

For detailed data on fleet tenders from around the world, subscribe to IRJ Pro.