Phased introduction of the EMUs in the Liverpool area is planned although no date confirmed yet. 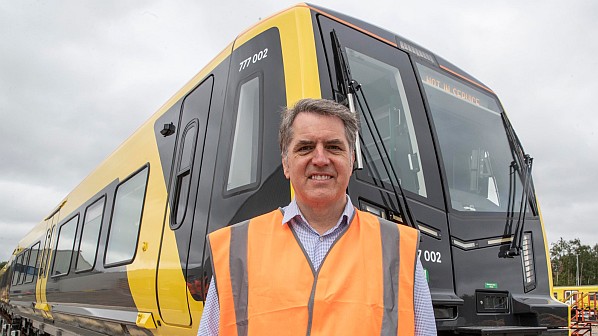 THE first of 53 class 777 Stadler EMUs for operation on the metro-style Merseyrail network serving Liverpool has been handed over to Merseytravel by the Swiss manufacturer.

The train will be displayed to the public on September 9 and 11 before entering service. It features sliding-step technology that enables step-free access for all passengers, on-board Wi-Fi, improved passenger information and more space for wheelchairs, bicycles and prams.

The four-car EMUs are replacing three-car class 507 and 508 EMUs that date from 1978-1980. Currently Merseyrail  has the oldest train fleet in Britain.

“These new trains are a near half a billion-pound investment in our transport network and will transform the way people get around in our region,” says metro mayor of the Liverpool City Region, Mr Steve Rotheram.

More class 777s will be handed over by Stadler before a phased introduction into service begins.

“These trains have been custom-made for the area and take into account not only the characteristics of the network itself, with its pronounced curves, tunnels and Victorian infrastructure, but the requirements and priorities of local people, as well,” says Mr Matthias Hämmerle, Stadler commercial project manager.

Merseyrail operates a self-contained 120km network electrified at 750V dc third rail with 67 stations, some of which are underground.