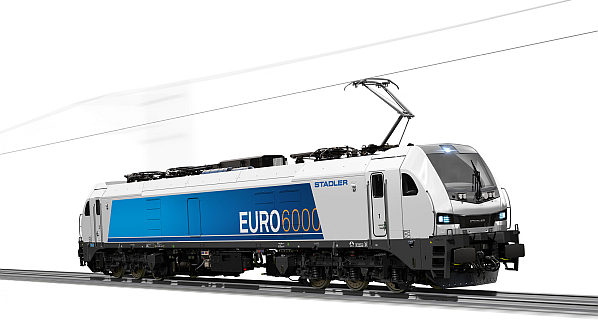 MEDWAY, the Portuguese logistics operator, has signed a contract with Stadler for the manufacture and delivery of 16 Euro6000 six-axle 1435mm-gauge electric locomotives.

The 6MW 3kV dc 25kv 50Hz ac units will be manufactured at the Albuixech facility in Valencia and will be able to operate across the Iberian Peninsula. They will be used to haul longer and heavier freight trains in Portugal and Spain, and will be delivered from in late 2023 and early 2024.

The contract signing, held in Lisbon on November 19, was attended by the Portuguese minister of infrastructure and housing, Mr Pedro Nuno Santos.

Also announced at the contract signing was the purchase of 113 wagons that will be manufactured by Tatravagonka.

For in-depth data on locomotive orders across Europe, subscribe to IRJ Pro.