Guardia ETCS equipment to be installed on up to 80 vehicles. 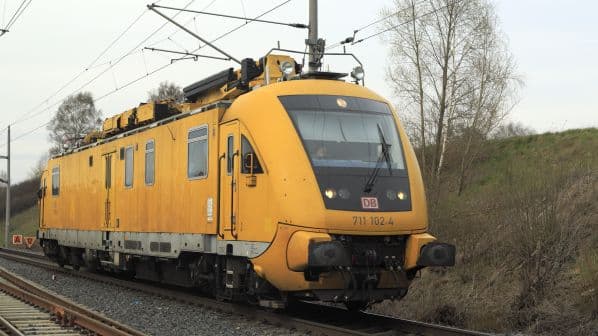 GERMAN infrastructure manager DB Networks has signed a contract with Stadler, which is to install ETCS equipment on up to 80 maintenance vehicles including track machines.

Stadler says that it is the first large-scale deployment of the rolling stock manufacturer’s own Guardia ETCS equipment within DB’s infrastructure maintenance sector.

ETCS Baseline 3.6.0 will initially be installed on eight series 711.1 and 741.X vehicles that will operate in Germany and Switzerland from 2024. The contract includes an option for up to a further 72 vehicles.

This is the second time that Stadler Guardia ETCS equipment has been retrofitted to DB vehicles. The class 605 Advanced TrainLab test train and two class 185.2 Traxx electric locomotives were fitted with Guardia under a pilot project.

“This decision reflects the trust in Stadler’s Guardia ETCS solution that was built during the pilot project,” says Mr Marc Trippel, head of the signalling division at Stadler.

“By retrofitting the infrastructure-relevant maintenance and track service vehicles, we are making an important contribution to digitising the German rail network.”