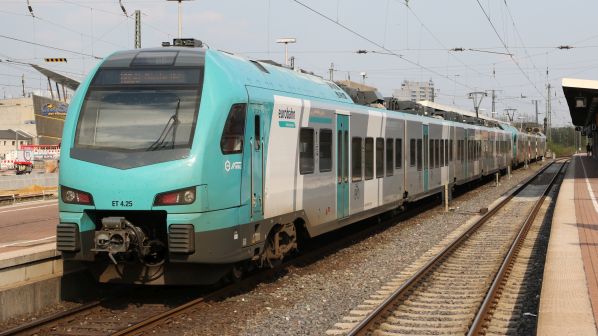 STADLER has won a Europe-wide tender to undertake maintenance on part of the Keolis EMU fleet used for Eurobahn services in northwest Germany.

Keolis has maintained its earlier Flirt trains at the Hamm-Heessen depot since 2009, but following the award of operating contracts in July 2015 for Teutoberg Forest and October 15 for Hellweg, Alpha Trains ordered the eight cross-border Flirt 3s that autumn, which it subsequently leased to Keolis.

The contract covers light and heavy maintenance and overhauls for the 13 trains, plus any unscheduled repairs due to damage caused in accidents or through vandalism. The agreement will run until the conclusion of the Hellweg contract in 2030 and the Teutoburg Forest contract in 2032.

Stadler will undertake the work its existing sites at Herne, near Dortmund, and the Stadler Service Netherlands depot in Hengelo. The supplier will also provide all necessary spare parts. The Eurobahn Flirt fleets average between 1.1 and 2.4 million train-km annually.

Alpha Trains also completed an upgrade of the 44 earlier Flirts used by Keolis on the two networks in August 2019.