Talgo achieves a milestone in the commissioning of its fleet of Avril trains for Spanish national operator Renfe. 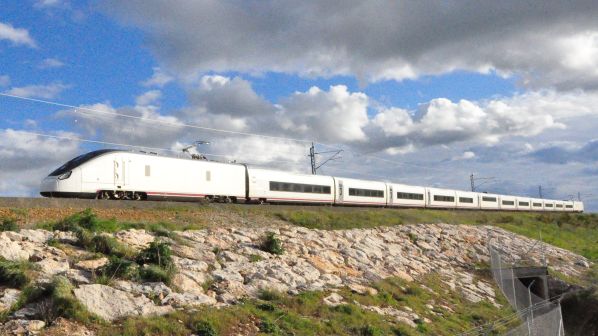 A Talgo Avril train reached 363km/h on May 31 during a test run on the new 89km Venta de Baños - Burgos high-speed line, which has yet to open to traffic.

The speed was reached as part of the commissioning process for the fleet of 30 trains, which Talgo is supplying to Spain’s national operator Renfe. The train is required to demonstrate that it can operate safely at 360km/h to provide a margin above its normal operating speed of 330km/h.

The dual-gauge train will also have to exceed 30,000km of test running on both standard and 1668mm-gauge lines. Half of the fleet will be dual gauge to support operation on Spain’s conventional network.

Talgo is also seeking approval to operate 10 of the Avril trains in France.