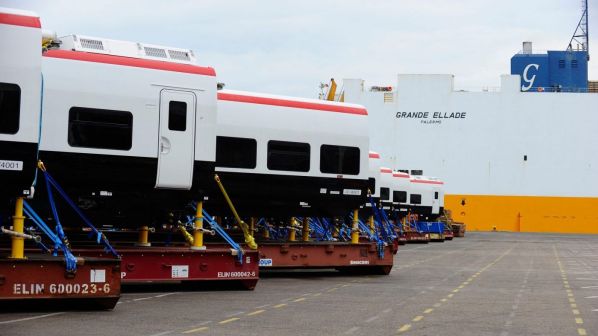 EGYPTIAN National Railways (ENR) has begun trial operation with the first of its new train fleet supplied by Talgo, Spain.

The train has been placed into service between Cairo and Alexandria.

ENR awarded Talgo a contract worth €158m to supply six trains in April 2019,  financed by the European Bank for Reconstruction and Development (EBRD).

According to local media reports, Talgo is now to supply a seventh train “as a gift to the Egyptian people.”

Total seating capacity per train is 492 passengers and the new fleet has a maximum speed of 160km/h. The fully air-conditioned coaches have been designed to withstand temperatures as high as 55ºC.

Passenger amenities include at-seat display screens in first class and Wi-Fi. The trains have fully accessible toilets and are equipped with CCTV.

Talgo’s contract with ENR includes fleet maintenance over a period of eight years.