DB Regio has published a tender for up to 200 EMUs to operate on the Munich S-Bahn, including an option for up to 90 EMUs, which will replace the existing fleet from 2026. 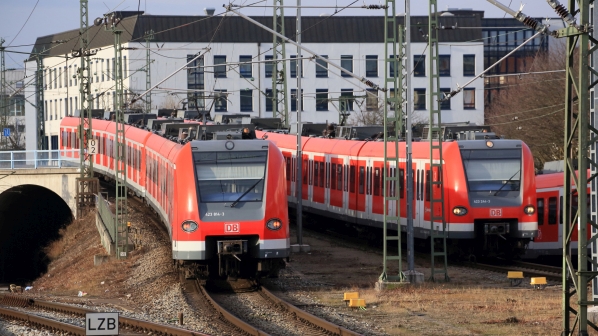 DB Regio is currently operating S-Bahn services in Munich under a contract awarded by the Bavarian Railway Company (BEG) in 2017. The contract called for services to be operated using the existing BR 423 and BR 420 vehicles, with some of this fleet due to be replaced with new vehicles during the term of the contact.

Each vehicle must be around 200m long, up to a maximum of 220m, and must be able to operate through the second city centre S-Bahn tunnel that is due to be completed in 2025.

The tender published by DB Regio on October 7 calls for the development, manufacture, commissioning, approval and delivery of up to 200 EMUs, including provision of spare parts and special tools. The trains must be new, functional, ready for operation, fully equipped, comfortable, certified, and cost-effective. The first vehicles are expected to enter service from December 2026.

Financing for the new fleet will be provided through a leasing model, with one or more leasing companies purchasing the trains and leasing them back to DB Regio and any successor operators.

The tender includes a clause that allows DB Regio to cancel the process if services are affected by the Covid-19 pandemic.

BEG unveiled a three-stage long-term plan for the operation of the 434km Munich S-Bahn network in February 2016. DB Regio subsidiary S-Bahn Munich was awarded an interim contract that ran from December 2017 until December 2019, when a new long-term contract covering the entire network came into effect.

When this contract expires in 2032, operation of the network will be divided into lots, with each contract running for around 12 years.