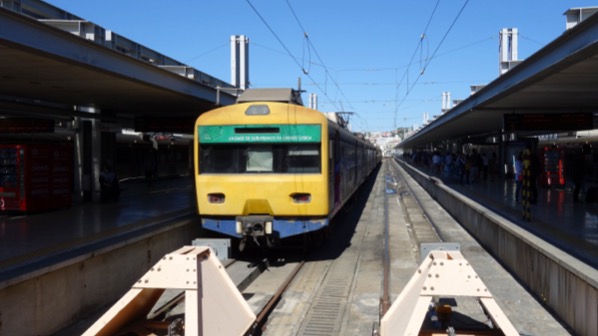 AN €819m tender for 117 EMUs, described as the largest fleet purchase in the history of Portuguese Trains (CP), has been launched by the Portuguese government.

The tender calls for the supply of 62 EMUs that will be used on urban services and 55 EMUs for regional services.

Of the 62 urban EMUs, 34 are for the Cascais Line in Lisbon where they will replace 29 existing trains; 16 EMUs will strengthen the remaining Sintra, Azambuja and Sado Lisbon Metropolitan Area lines; and 12 EMUs will be added to Porto’s urban fleet.

Stadler has already been awarded a €158m contract to supply 10 EMUs and 12 bi-mode trains for regional services in October 2020, but financing for this order has not yet been scheduled.

The Portuguese government plans for the new trains to replace obsolete vehicles, meet current demand and respond to the expected rise in passenger numbers in the coming years.

Portugal’s minister of infrastructure and housing, Mr Pedro Nuno Santos, local manufacturers will contribute a considerable percentage of manufacturing of the trains.

At the same time as the new train tender, Portugal’s Council of Ministers also approved the creation of a Rail Competencies Centre that will be located in Guifões, Matosinhos, near the CP workshops. Funding will come from CP, Infrastructure manager IP, Lisbon Metro, Porto Metro, the University of Porto Foundation and the Rail Platform, which is formed of dozens of companies from the rail industry private sector).

The centre will conduct research, innovation and training in rail as well as bringing together public enterprises, academia and private companies.