Test running starts in Laos on new line to China

The first EMUs and electric locomotives are now running as far as the Laos capital Vientiane following the completion of track laying in October. 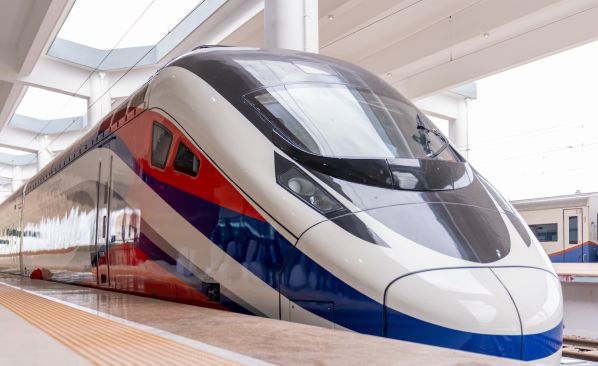 TESTING is underway with the first CRRC EMUs and electric locomotives in Laos on the new line linking the capital Vientiane to Yuxi south of Kunming, China. Track laying on the 1024km China - Laos Railway was completed on October 12 and it is planned to open the line on December 2.

CRRC is supplying a fleet of nine-car 160km/h EMUs each capable of carrying 720 passengers. The first EMU was handed over to Mr Bouchanh Sinthavong, Laos’ minister of public works and transport, at a ceremony at the new Vientiane station on October 16.

The EMUs have a buffet car and facilities for disabled passengers, while passenger information will be provided in Lao, Chinese and English. The trains are painted in a red, blue and white livery to reflect the Laos flag and are called Lancang after the ancient Lancang kingdom in Laos and the Lancang River which flows through China and Laos.

For more data on new line construction in Asia, subscribe to IRJ Pro.