TMH has partnered with the Russian State Atomic Energy Corporation. 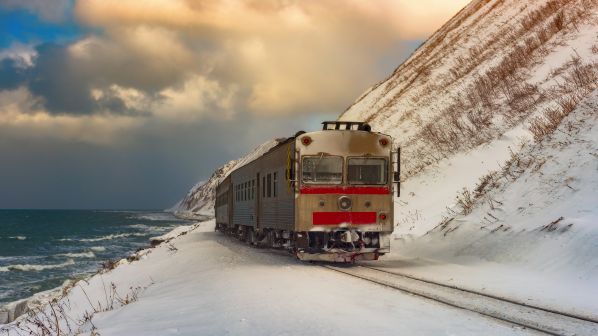 The first trial will be on the island of Sakhalin.
Photo Credit: Shutterstock

The new JV will start by creating hydrogen supply and refuelling infrastructure on the island of Sakhalin in Russia’s Far East, near Japan.

Russian Railways (RZD) signed an agreement with the government of the Sakhalin Region, Rosatom and TMH in September 2019 to build and operate hydrogen-powered trains on the Sakhalin network, which is part of RZD’s Far Eastern Railway. The exact timescale for the Sakhalin project has not yet been announced.

The JV will also conduct a second pilot project in the Moscow Region.

The two companies say they want to “localise” advanced foreign technologies for hydrogen use, while also establishing how hydrogen should be used in the Russian transport sector in a safe and professional manner.

TMH general director, Mr Kirill Lipa, says the manufacturer sees hydrogen as “one of the foundations of the energy industry of the future,” adding that the firm saw scope for hydrogen to reduce the impact of transport on the environment, particularly in urban areas and large industrial sites.