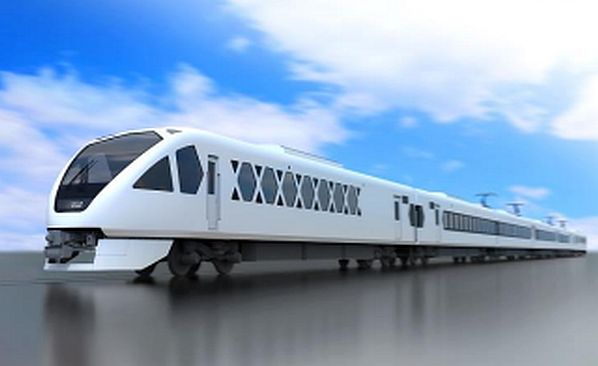 TOBU Railway, which operates a 433km 1067mm-gauge network in the Tokyo area, has awarded a contract to Hitachi Rail for a fleet four six-car N100 Spacia EMUs for introduction on limited express services in 2023.

The new trains will offer a higher level of comfort than Tobu Railway’s existing Spacia trains which serve the Nikko and Kinugawa tourist areas.

“In addition to the private rooms on the current Spacia, we will also offer a variety of new types of seating, including lounges, to provide a higher quality space and make passengers want to ride the Spacia Express again and again,” Tobu Railway says. “By updating and providing a wide range of information and services, it will be possible for each customer to connect with the most suitable Nikko/Kinugawa area for themselves from the moment they board the train.”

Each train will have 212 seats and a café counter. These will be the first Tobu Railway trains to be fitted with air purifiers with advanced sterilisation and deodorisation to help combat the spread of coronavirus.

The N100 series trains will be introduced on the Tobu Skytree Line, the Nikko Line, and the Kinugawa Line from Asakusa in Tokyo to Tobu Nikko and Kinugawa Onsen.